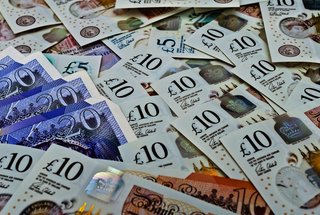 You can read a short summary of the briefing note here.

Following the UK’s exit from the EU, the Government has laid out a new approach to subsidies in the Subsidy Control Bill. This new regime aims to be quicker, more flexible and less bureaucratic than the EU system by policing subsidies via active challenges after they are granted, rather than requiring pre-approval.

At the same time however, the bill increases the threshold at which data on subsidies is collected and publicised from €500,000 to £500,000 – effectively raising it by 20%. In practice, this means that the data on fewer subsidies will be available for scrutiny – and companies will be unable to challenge subsidies to their rivals that they have no way of knowing exist.

In 2018 the UK government spent £8bn on subsidies, but only half of those were declared under the existing regime. In its current form, the Subsidy Control Bill makes scrutiny more difficult by raising the threshold for declaration.

In a new briefing note published by the Centre for Policy Studies, former minister John Penrose MP and Anna Powell-Smith, Director of the Centre for Public Data, recommend that the Government lower the threshold for public data on subsidies of £500,000 to £500.

They also argue that the Government should declare all of this spending itself, rather than requiring businesses to register subsidies received themselves. The Government’s own estimates put the cost of this at just £20,000. This measure would drastically increase transparency while reducing the burden on business, at almost no cost to government.

John Penrose MP, who wrote the introduction to the Briefing, said:

“Subsidies are a headily-addictive political drug. Controlling them is vital to stop political meddling, cronyism and tilting the playing field so Britain becomes less competitive, less fair and less attractive for international investors too.

“The antidote to the drug is transparency. If we publish every grant or subsidy over £500 for everyone to see, lobbyists and cronies will know they can’t push for subsidies that aren’t fair, because there’ll have nowhere to hide.”

Anna Powell-Smith, Director of the Centre for Public Data and author of the Briefing, said:

“The Government says it wants to put data and evidence at the heart of policymaking. The
Subsidy Control Bill creates an excellent opportunity to do that – but the new UK subsidy database will not include around half of all subsidies. Instead, the Government should include all subsidies over £500 in published data. This is easy and cheap to implement, and will ensure future subsidy spending is transparent and evidence-based.”

Robert Colvile, Director of the Centre for Policy Studies, said:
“The Government should seek to make good on its promise to become a thriving economy outside of the EU by holding itself to a higher standard. Publishing data on all subsidies above £500 will pour cold water on cronyism, and ensure any subsidies are fair, efficient, and effective.”

Anna Powell-Smith is the Director of the Centre for Public Data.