A Northern Big Bang: Unleashing Investment in the North

Billions of pounds of private sector investment could be unlocked in the North of England and create an economic Big Bang for the region, argues a new report from the Centre for Policy Studies and Northern Research Group of MPs.

In recent decades, the report argues, London and the South East have monopolised investment, talent and attention. At present the Northern economy, measured by Gross Value Added per capita, is three quarters the size of England’s average.

The Rt Hon Jake Berry MP, Chair of the Northern Research Group of MPs, and Nick King, CPS Research Fellow and former Government advisor, call on the Prime Minister to mirror the radicalism of Thatcher’s Big Bang in the 80s, and reward the voters who lent him their vote and contributed to the Conservative majority in 2019.

‘A Northern Big Bang’, published today, sets out a series of recommendations on how to stimulate private sector investment and create a globally recognised, economic powerhouse in the North of England. The aim would be to replicate the impact of the 1980s Big Bang, which unlocked billions of pounds of investment in London and the South East, but with a set of measures which reflect the North’s existing strengths and future potential.

The report calls for a new Initial Investment Incentive – a cash payment to attract new investments and global capital to the region. This could be focused explicitly on green growth and meeting Net Zero, for example by incentivising investment into new gigafactories which would help spur a Green Industrial Revolution.

Other recommendations include leveraging UK Infrastructure Bank investments to unlock private sector investment where possible, creating a new Northern Infrastructure Bond aimed at attracting global investors, and introducing full expensing for businesses nationwide, or at least allowing all capital expenditure by Northern businesses to be written-off for two years.

The paper also calls for automatic approval for planning applications which create more than 100 permanent new jobs in the region when they have not been determined within two months, and an optional, alternative, fast-track planning process for investors planning to plough £20 million into the local economy, or whose investment will unlock over 250 jobs.

To ensure local decision-making remains at the heart of this regeneration project, Berry and King are advocating for the creation of a new Growth Board for the North, to help steer investment, and a Northern Recovery Bond, to encourage local investment in local economic growth.

The report recognises that such measures could also be applied nationwide, or in other regions that have fallen behind, but argues that the North is especially well positioned to benefit from them.

Berry and King argue that the Government should aim to unleash a torrent of investment into the Northern economy, to deliver the productivity gains, economic growth and higher wages that are so desperately needed. 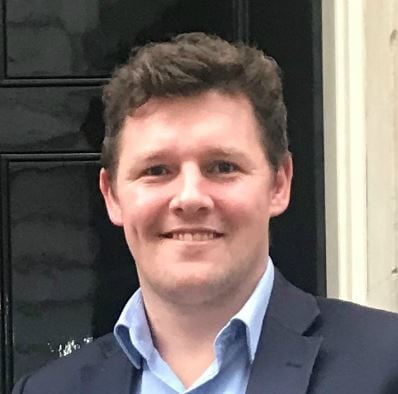